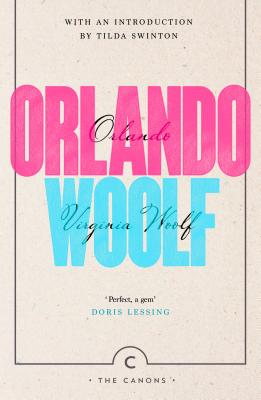 'He stretched himself. He rose. He stood upright in complete nakedness before us, and while the trumpets pealed 'Truth Truth Truth ' we have no choice left but confess - he was a woman.' A young man in the court of the ageing Queen Elizabeth I, the beautiful Orlando seems to belong everywhere and nowhere. One morning, Orlando awakens transformed - transported into the eighteenth century, and the body of a woman. One of the twentieth century's defining imaginings of queer identity, Orlando is a book of radical possibilities -boy and girl, past and future, nature and magic, life and history, love and literature. One of the most thrilling love letters in all literature, it trespasses thrillingly over the borders of place, time and self.

Virginia Woolf was born in London in 1882. Shortly after her father's death, she moved to Bloomsbury where, with her sister, the painter Vanessa Bell, Virginia met writers and artists such as Lytton Strachey and Roger Fry, forming what later became known as the Bloomsbury Group. In 1912 she married Leonard Woolf and together, in 1917, they founded their own printing press. Virginia Woolf met Vita Sackville-West in 1922, for whom the brilliant fantasy of Orlando was written. She died in 1941 after drowning herself in the River Ouse.